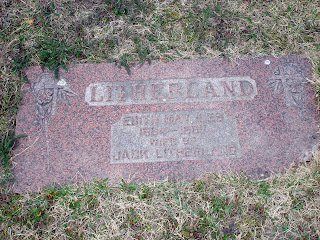 May was my dad's oldest sister. She was born in Small Heath, Birmingham England on 28 May 1904. The following year, the family moved to Grey County, Ontario. In 1929, she married Jack Litherland. I am not sure what year they moved to England but she did return to Canada. In her latter years, she lived with her mother who predeceased her by only a month. May died 17 June 1967. She is buried in Greenwood Cemetery, Owen Sound.