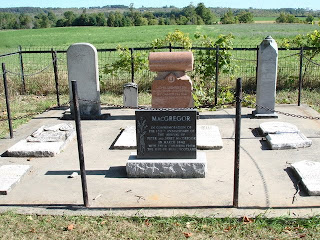 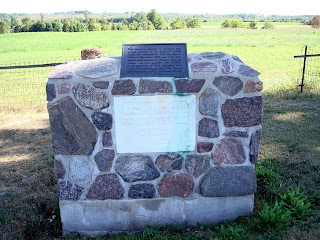 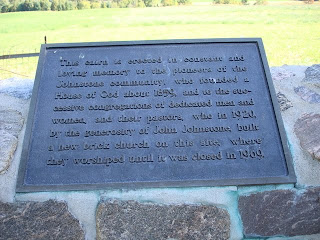 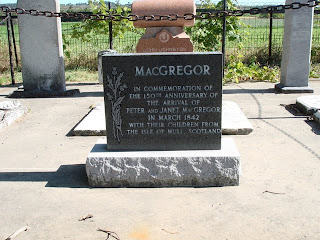 The Johnson Presbyterian Church cairn is in front of the few monuments that are in a fenced in area. The cemetery is five miles north of Annan on the Balaclava Road. A frame church was built on the Johnstone property in 1858. In 1920, it was replaced with a brick building. John Johnstone, son of William, who had originally gave the land, gave a bequest through his will to go towards the new church. In 1925, the church became a United Church. The last church service was 23 November 1969.

Ken Kivell built the stone cairn to mark the original location of the church. He inlaid the slab of stone from the building that bore the name "Johnson Presbyterian Church". The cairn was dedicated on 6 November 1977.
Posted by Janet Iles at 10:25 PM